So Chris and I have been slackers this month, that’s for sure. But here’s a random post to (hopefully) make up for it. 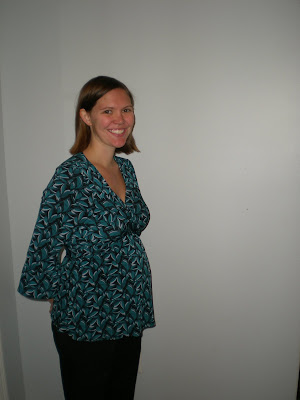 I had my six month appointment Thursday morning. Twenty-Five weeks, I can’t believe it! I met Helen, the second midwife in the practice, which was good because I’ll definitely be using one of the two of them, rather than one of the OBs. I’m hoping that Margi will be on when baby decides it’s time to come, but there’s not much I can do if she isn’t. I gained 3 lbs this month (just for fun, that means I weigh 142lbs) and my belly now measures 25cm. The picture here is actually from May 1st, so I may look a bit bigger than that now.

I’ve been doing tons and tons of reading lately and just finished a great book this afternoon, Pushed: The Painful Truth About Childbirth and Modern Maternity Care by Jennifer Block. It goes over the history of maternity care and analyzes research regarding labor choice for women in the US. It really makes me grateful that I live in close proximity to midwives and a birthing center that won’t take my choices away. Some of the stories included in the book are horrifying (c-sections and episiotomy without consent, high levels of pitocin use, and women giving birth at home unassisted because they can’t find a provider who will perform a VBAC or twin birth vaginally). It’s so sad, really, how far behind other developed countries the US is with regards to medical care. I would absolutely recommend it to every pregnant woman (or any woman for that matter). For people that really hate to read, The Business of Being Born, a documentary on the same topic is good as well, but doesn’t have all of the research reviews and detailed scientific data. Anyway, that’s my rant…I’ll stop complaining now, but feel free to ask me about it if you’re interested.

Other exciting news is that I finally found a prenatal yoga class I can go to! My friend Laura (from work) has been awesome asking around for me and gave me the name of an instructor. I emailed her tonight, but if that falls through I found a class in Wappingers Falls (about 30 minutes away) that will start in June on Friday nights. We also have three appointments set up to interview prospective pediatricians over the next few weeks. Now that we’re getting close to baby’s birth day, we’re trying to get things figured out. 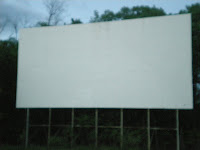 In other news, summer is officially here:

The Drive-in opened! Chris, Pip, and I went to see the new StarTrek last Sunday (after a trip to Dairy Queen so I could get corn ice cream). StarTrek was good and Pip got to go too instead of being stuck at the house, so it was the perfect date. We were going to stay up late and watch the second feature, I Love You, Man, but it was a little too stupid to be worth staying out that late on a work/school night (especially because Chris has to leave the house by 5:45AM). 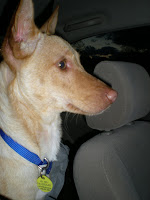 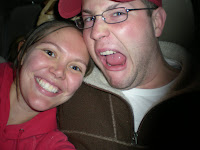 I took some pictures at the drive-in, but Chris only wanted to make faces, so here’s a nice one from Green Drinks on Wednesday (www.hvgreendrinks.org). The map behind us shows a 30 mile and 100 mile radius from where we live (to encourage people to eat locally). 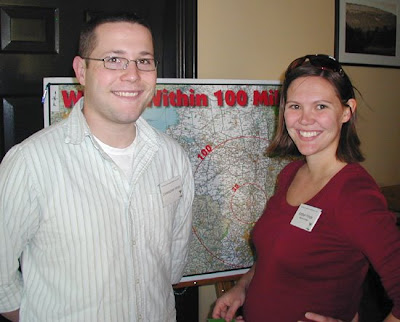